On Sunday I started my 2 year programme as L’Oreal Id Artist along with 33 other amazing hairdressers from across the UK & Ireland. After auditioning in the summer I was selected as one of 4 to represent the whole of the South West of England (the other 3 Id Artists from the SW are all based in Cheltenham).

On Sunday all the new first years got together at the Leeds Academy to get to know each other in be introduced to the team from L’Oreal that would be supporting us on our journey. We then took part in an interactive workshop with the Content Creator for the brand Sherie, which was a real insight into how to make our work and brand visible. At the end of the day we were teased with the prospect of being joined by one of the top art teams in the World the following day and headed out for dinner and drinks altogether.

After a pretty tame evening (for some of us) we headed back to the Academy on Monday morning to get cracking! We were then joined by the 2nd year ID artists bringing our total up to the 70’s and the insanely talented Brooks & Brooks artistic team. Headed up by numerous nominee and this years British Hairdresser of the Year Sally Brooks, partner Jamie and the seriously respected Marlon and Grace. The first few hours consisted of a q&a with the team and then with them presenting models they had coloured and styled.

Then the challenge was set… after the team giving us their knowledge and insight into how they create ideas and concepts for their own collections and shoots we were randomly split into teams of 5 or 6. The teams were made up of both first and second years and colourists and Stylists and we were each given at random a box.

What’s inside the box?… so without knowing each other nor what was in the box our task was to use the last few hours of the day and the following morning to come up with a concept and final look based on what was in the box. The following afternoon we were expected to present our look on a blockhead with a mood-board so we needed to get on with it asap.

My team was made up of 4 colourists and 1 stylist and we were all first year ID Artists and our box consisted of rose, other flowers, twine and fruit. We spent the first hour or two just talking through the items, what the represented to us and possible creative ideas.

Then it was time for a well deserved break for the eve/ 6 bottles of gin so we headed out to a retro bowling alley to compete against each other and get to know each other better. After so many laughs I headed home at a pretty decent time (obvs I went to Yoga both mornings – I needed to check out a studio & not feel like shit! – Thanks Yoga Hero).

The Tuesday saw us head back to the academy to nail our looks and present to the Brooks & Brooks team (omfg) and the rest of the ID Artists. After! the presentations we had more time to sit and chat with the team and Sally could give us even more insight and tips on working as a team and honing our creativity

The whole weekend was an absolute blast and the most amazing opportunity to work with the most insanely talented people in the industry – from the guest artists to the other ID team members and our L’Oreal rep team.

The next part of my journey is working backstage at The Central St Martins White show (up to 100 models on a catwalk!!!!!) in December followed up with several more trips to Leeds, Manchester and London academy’s over the next 4/5 months! BOOM!

Thanks so much to our L’Oreal team (Stacey, Michael, Sherie, Gemma, Rubie and Darren) my team for the weekend (Thomas, Harriet, Jamie & Sam), all the other super friendly ID artists, The Brook & Brooks team and special mention to my new mate (we incidentally trained in the exact same Toni & guy!) who got up at ungodly hours to get coffee and head to yoga with. 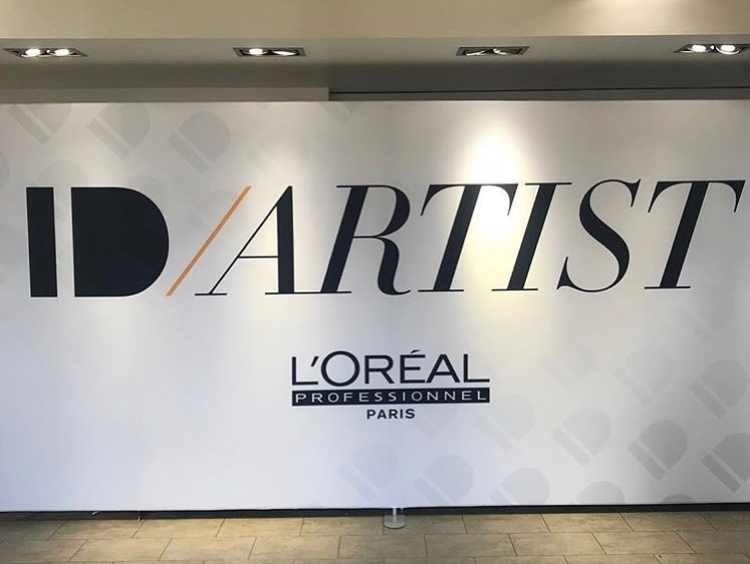 Call to make an appointment or a consultation on 01752 251351 or email yokethesalon@gmail.com
2 The New Cooperage, The Royal William Yard, Plymouth, Devon, PL1 3RP
Instagram
Facebook-f
Envelope

Please note from 1st January, 2022 our annual price increase will come into effect

This increase is due to inflation of professional products, utilities, paying fair wages and our increased dedication to investing in the very best education for our entire team.